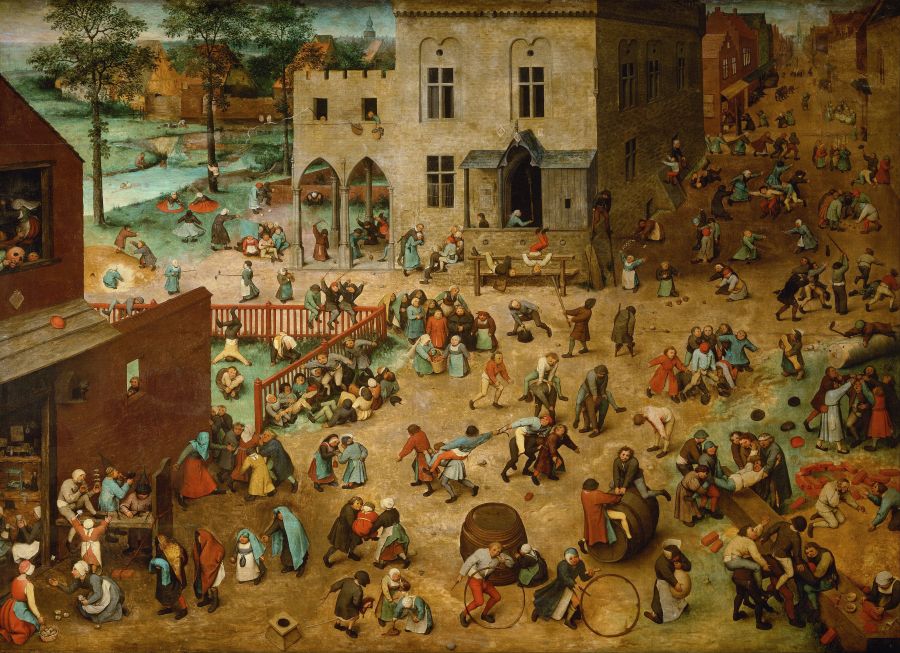 With the tax bill passing Friday being touted as a “win” by Republicans, despite potential blowback, I keep coming back to an idea I’ve been nursing for a few weeks now: winning in politics. Phrases like Trump’s “you’ll be tired of winning” and reporter’s “Republicans need a win” saturate public discourse, and I keep asking what “winning” means. Like most buzzwords,”winning” leaves much unsaid–and unthought–but it still exerts its influence. And in this case, “winning” isn’t a good thing. What I call a “rhetoric of winning,” this trend to frame things as “wins,” feels like a significant danger for our current American politics.

When it comes to politics, we are incredibly divided. According to Pew, “45% of Republicans now view Democratic policies as a threat, up from 37% in 2014. And 41% of Democrats say the same about the Republican Party’s policies, an increase of 10 percentage points from two years ago.” Among the electorate and the elected, division and tribalism feels rampant. Jeff Flake has lamented it, polls back it up, and this current bill provides another case study.

But this is psychology. From the Robbers Cave Experiment onward, research highlights our in-group and out-group biases, which makes us more likely to defend and empathize with “our people” over others. In the Robbers Cave experiment, for example, Muzafer Sherif and his team had two groups of 12-year-old boys of similar backgrounds separated at first. During the “competition phase,” he introduced them together, and as time went on, each team despised the other and praised their own, even going so far as to sabotage and steal from the other team.

A rhetorics of winning emphasizes this in-group, out-group bias because competition requires a competitor. When Trump or the GOP say they need a “win,” they are implicitly competing with Democrats and other rivals. At one level, this is material. As the controversial endorsement of Roy Moore in the Federalist shows, politicians may align through “issues,” needing people to push policy, like tax cuts. But research and experience also shows that people align by party seemingly for its own sake, out of habit and identification. While this issue is more complicated than framing things as wins, I doubt this rhetoric helps. Take this tax plan, for example. In its details, it is a potential loss for many Americans, but it is indeed a “win” for the party because they passed the bill, beating the opposition.

This leads to the second assumption in “winning”: the binary of winning and losing. When playing a game, one rarely settles or compromises. We would never expect a professional player, on the verge of winning, to forfeit a goal to prevent hurt feelings for the other side. In game studies, this is often called “agonistic play,” contrasting it from less competitive play, like a kitten tussling yarn or someone role-playing as a wizard. Agonistic play, from ancient wrestling to esports, sets a win condition.

Moreover, as Huizinga and Brian Sutton-Smith describe, winning presents gains, like money or status, while losing reduces power or capital. In sports, this is direct, but in broader outlooks, we often contrast winners and losers. For example, people often say, “capitalism has winners and losers” and multiple articles framed the tax bill in terms of winners and losers.

However, a win condition, while intuitive, is ultimately arbitrary and contextual. To use the capitalism example, “winners” are generally seen as those with money and status, while losers lack those. In politics, a win may be the passage of the bill. But if you change the win condition, the whole game changes. Perhaps winning in capitalism could be creating an equitable society, and in legislation, it may be crafting a bipartisan bill that addresses concerns from both parties.

On one level, the simple momentum of competition against one’s perceived opponent and the pressure from their team for “a win” may be enough to drive action. But at a deeper level, one’s ideology or worldview may read a win that runs contrary to the other side–or a larger whole. In the tax bill, for example, many in the GOP may genuinely believe in supply-side economics and growth caused by cut taxes. In this case, the bill is a boon to the country, a win not only for their team but for the whole. But this view differs from the CBO, most economists, other tax agencies, and (of course) the Left.

And this ideological divide I think is the main issue these days. As David Roberts writes for Vox, the U.S. is facing an “epistemic crisis” or what others have called a “reality gap.” For many, Roberts writes, “Information is evaluated based not on conformity to common standards of evidence or correspondence to a common understanding of the world, but on whether it supports the tribe’s values and goals and is vouchsafed by tribal leaders.” Moreover, as filter bubbles and our latent psychology amplifies our tendency to double-down on prior views, self-confirm bias, and (as noted more above) prefer our in-group over others, I do not see this epistemic trend slowing down or abating.

So, to the “now what?” From the perspective of play, as explored in a prior post, we need a stronger sense of community. We need to be playing together, not against one another, transcending our difference in favor of larger commonalities. But framed through this post, we need to be less concerned with winning and more concerned with playing well. Part of this may be a stronger adherence to the rules of regular order, trusting the CBO, etc., but a deeper sense of community seems more essential. We’ve become unruly players, slinging mud and throwing fists, on the pitch of politics, ignoring rules and our pact with fellow players, as well as their dignity and arguments. But unlike a game, the stakes are hefty and real.